DIOCESE OF TOLEDO AND THE MIDWEST

His Beatitude John X Patriarch of Antioch and all the East

His Grace Bishop ANTHONY, Auxilary Bishop of the Diocese of Toledo and the Midwest

His Beatitude Patriarch JOHN X was born in Lattakia, Syria. During his university studies, he played a leading role with the youth, which led to a great spiritual revival among his generation. He graduated from the St. John of Damascus Institute of Theology, University of Balamand, with a Bachelor in Theology and from the University of Thessaloniki, Greece with a doctoral degree in Liturgics. He taught Liturgics at and served as the Dean of the St. John of Damascus Institute of Theology. He was elected Bishop of Pyrgou, and subsequently Metropolitan of Europe. In December 2012, he was elected Patriarch of Antioch.

Patriarch John X has been involved in worldwide activities at both the Orthodox and ecumenical spheres and participated in international conferences in Greece, Italy, Switzerland, Cyprus, United States of America, Russia, and the United Kingdom. He is the author of several books on theology, education, music, and liturgy.

Bishop ANTHONY was born Richard Anthony Michaels on the feast day of St. Anthony the Great, January 17, 1956. Bishop ANTHONY attended the University of Michigan, where he received his B.A. in Literature, Science and the Arts, having a double major in History and English Literature. Following his university degree he attended St. Vladimir's Orthodox Theological Seminary in Crestwood, New York, where he earned a Master of Divinity degree and graduated as a valedictorian of his class. Besides English, he has a reading knowledge of biblical Greek and is currently learning Arabic, at the request of His Eminence Metropolitan PHILLIP of blessed memory.

Fr. Dionysios (Dean) grew up in a small town in east central Illinois named Tuscola. He is the son of Frank and Verina Wilhelm. He has 3 brothers and 3 sisters. His entire family was very active in the Roman Catholic church. He achieved the rank of Eagle Scout. He played the trumpet in school band. He graduated from the Tuscola Community High School in 1971. He graduated from Creighton University in 1975 with a Bachelor of Arts in Sociology. While studying in Bristol, Rhode Island, he met Margaret Turbeville. They were married in December of 1976. In 1978 Dean enlisted in the Air Force, where he achieved the rank of Staff Sergeant. While in the Air Force, Dean and Margaret were blessed with two children, Marie and Thomas. Shortly after leaving the Air Force in 1985, they were blessed again with their third child, Katrina.

While in the Air Force, Dean and Margaret became very interested in the Orthodox church. They were catechized by a wonderful Air Force Chaplain, Fr. Michael Margitich, Col. USAF of blessed memory. In 1984 both Dean, Margaret and their two children where Chrismated. In 1990 Dean was ordained a subdeacon by Bishop ANTOUN (Khouri) of blessed memory. Having completed the St. Stephen’s Course of Studies in Orthodox Theology in 1993, Dean was ordained a deacon by Metropolitan PHILIP (Saliba) of blessed memory, and given the name Dn. Dionysios. When His Eminence introduced Dn. Dionysios to the people, he told them that they could call him Dn. Dean, if they wished. Dn. Dean served as the Director of Religious Education for the parish of St. George, Lawrence, MA from 1988 until 2003. On October 19, 2003 Dn. Dionysios was ordained a priest by Bishop ANTOUN (Khouri) and assigned to serve the All Saints Mission, in South Weymouth, MA. In 2009 the mission was closed due to various reasons. In 2010, Fr. Dionysios was attending the Clergy Symposium when some of his friends told him of a parish that was in need of a priest. After sharing this with his wife, Kh. Margaret, they both prayed about whether they should offer to serve the people of St. Elias, La Crosse, WI. They both decided that this was the direction that God wanted for them, and Fr. Dionysios approached Bishop MARK and Metropolitan PHILIP. It was decided to assign Fr. Dionysios to St. Elias Antiochian Orthodox church in La Crosse, WI. On February 1st, 2015 Fr. Dionysios was elevated to the dignity of Archpriest by Bishop ANTHONY (Michaels).

Subdeacon Ephraim was born in Egypt. He was raised Coptic Orthodox. When he was 8 years old, he started serving as an acolyte and a choir member on regular basis. He was blessed with a loving and strong-faith family and Christian community. He earned a bachelor's degree in mechanical engineering from Cairo University. He traveled to the U.S. for graduate education. He earned a Master's and Ph.D. in mechanical engineering. While in graduate school he became associated with St. Mary Magdalene Antiochian Church in Manhattan, KS and grew close to the Antiochian Church's rich tradition and history. He was influenced by the spiritual experience that St. Mary Magdalene and her faithful offered to the community.

After graduation, he relocated to Huntsville, AL. While in Huntsville he attended Holy Cross and Sts. Constantine and Helen Greek Orthodox Church. Him and his wife were part of the church choir. Later, the family relocated to La Crosse and joined St. Elias Antiochian Church. With the invitation of Fr. Dionysios, he was ordained a subdeacon by His Grace Bishop ANTHONY (Michaels) on December 17, 2017. Sdn. Ephraim and his wife led the Sunday school ministry. In his spare time Sdn. Ephraim enjoys reading about the church saints, The Sayings of the Desert Fathers, and patristics, especially the writings of St. John Chrysostom. 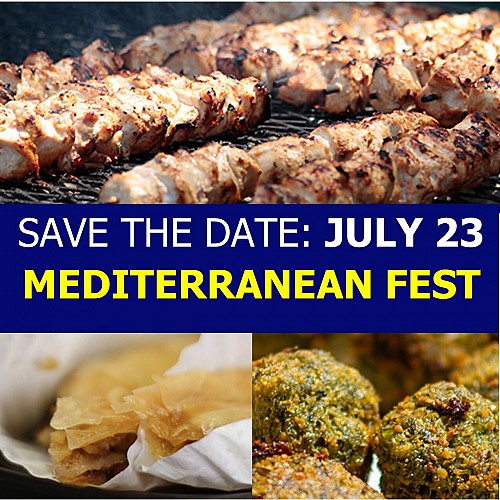